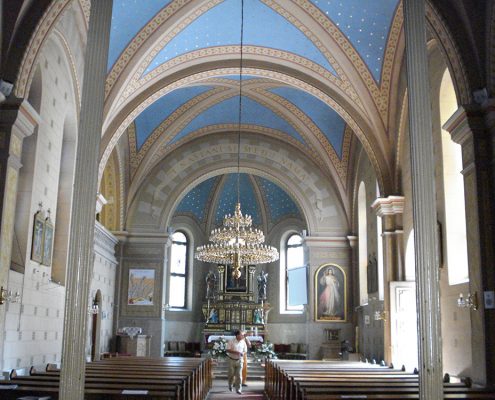 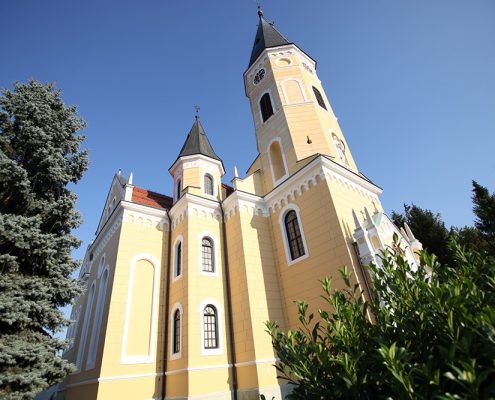 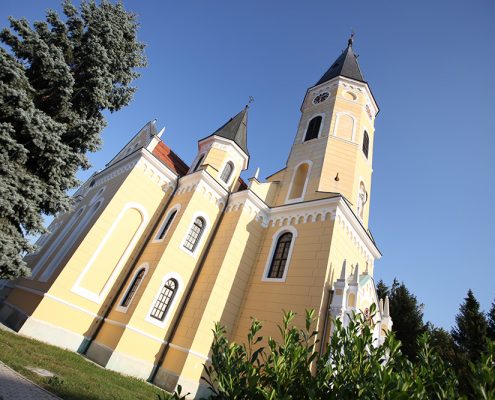 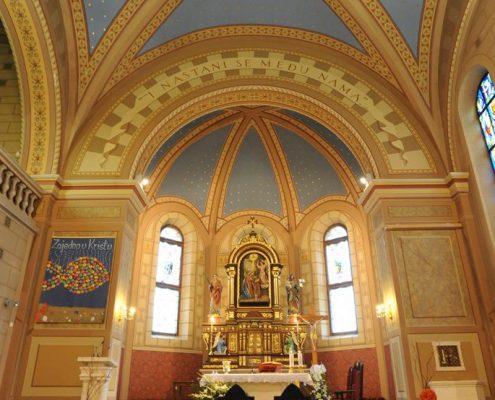 RECONSTRUCTION AND RENOVATION OF THE ANNUNCIATION CHURCH, VELIKA GORICA

The Parish Annunciation Church is located in Velika Gorica, Šetalište Franje Lučića 25. It was entered in the Register of Croatian Cultural Monuments – List of protected immovable cultural property.

The church was first mentioned in the list of parishes of Gorica’s Archdeacon Ivan, under the name “Beate virginis and campo turouo”. The church of that time was much smaller than today. As the population increased, the construction of a new and larger church was initiated. It was built by master builder John Szreglieri. The new church was completed in 1700. The great earthquake that devastated the area in 1889 did great damage to the church and led to a big renovation (1892 to 1896) according to the project of the architect Hermann Bollé from Zagreb. The church is still of the same design as after this reconstruction.

Gradel performed civil engineering works when in the period between 1995 and 1997 the facade and roof were restored. In 2011 a new floor and underfloor heating were installed, the sanctuary was fully equipped, a new altar, ambo and baptismal font were placed and the facade of the church was renovated.